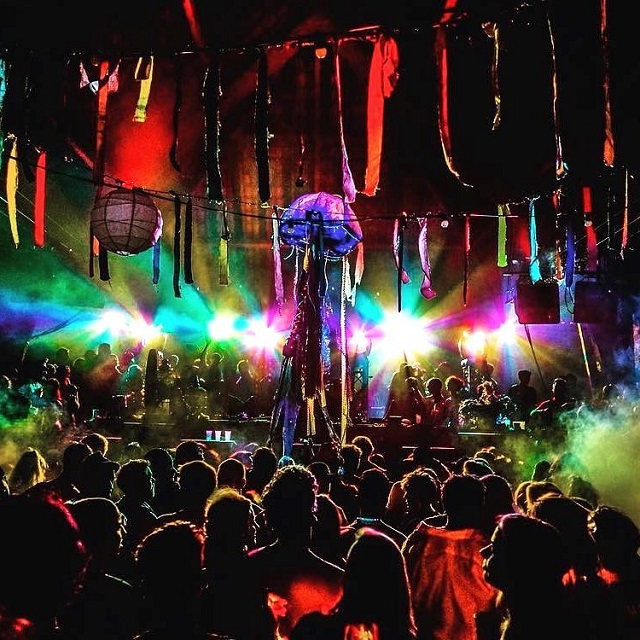 The Gardens of Babylon

The idea behind the Gardens of Babylon is to have a spiritual event and every show starts with meditation and an opening speech. It is not just a party but an experience for like-minded people.

This review is based on personal experience and has only informative character, keep in mind everyone has different taste!

Let’s start with the music. It was my first experience in using such a large amount of ethnic electronic music. I always wondered why in my country promoters do not kick off parties like that? Well, I have not been waiting very long to get an answer. For me personally, it was quite difficult to digest so many tunes with a tambourine, the melody is too deep and too mellow, the rhythm tends to go into a trance, the dance moves cannot be energetic and you get too relaxed or even a bit sleepy! A few hours later I was ready to call the “spirits of fun”, switching from one dance floor to another. By the way, there were three rooms, but the miracle did not happen. Although I want to admit, the site De Marktkantine itself was not bad, despite the excitement, there was a place for everyone. Particularly pleased with the opportunity to be on the stage, behind the DJ booth, where we stationed most of the night. But at some point, the main Dance Floor seemed to me monotonous and loud. The second room was not dynamic enough for me either, but the music there was a bit more experimental and diverse. I managed to find myself only in the chill-out area, where I calmly danced until the end of the event.
Unfortunately or fortunately, but the tale of The Gardens of Babylon turned out to be a short film and lasted only until 5 am, which is completely unforgivable, especially on New Year’s Eve. We used to parties that go on till 12 noon the next day.
The crowd was generally friendly, most people were conceptually dressed up and the festive feeling was maintained, which set a pleasant atmosphere.
But then the clock struck 5 and the tale of the fairy forest collapsed in the cloakroom, if we guessed to look for free lockers that were still available when we arrived, we could avoid unpleasant waiting and crushing in the queue for jackets. When party people got out of the cloakroom captivity they were scattered along the street like glitter on the floor, without any hope of getting a taxi.
We went home by walk, I walked in silence, there was a feeling that something was not complete as if it was a sampler for a New Year’s party, and not for the New Year’s Eve itself. Or the feeling that under the Christmas tree I found the wrong gift this year.
I think this is a good party, but not as the main dish for the New Year’s table.